As Magic Hat’s designated energy advisor at Efficiency Vermont, I was fortunate to work alongside this accomplished group of brewers as they learned how to find and address the causes of unnecessary energy use. Our time was well spent – the team identified potential energy savings that could be as much as $320,000 a year.

Joining Magic Hat for the event were brewery managers from Drop-in Brewery of Middlebury, Harpoon Brewery of Windsor, Hermit Thrush Brewery of Brattleboro, and Northshire Brewery of Bennington.

Efficiency Vermont has the pleasure of leading events like these for a range of industry-specific groups throughout the state. We find that when we bring operations experts from similar businesses together under one roof, we can uncover notable savings opportunities that apply industry-wide.

The group formed five teams, each with a particular focus area:

Part of the approach to the energy treasure hunt included a “sleeping plant” tour – where a small group spent a couple of hours in the Magic Hat Brewery on a Sunday afternoon. The employees had gone home and the plant was idle. To me, sleeping plant tours are like taking a look inside your refrigerator after the door is shut. Did the light actually go off or did it keep on shining needlessly, wasting electricity and even warming up the air temperature? 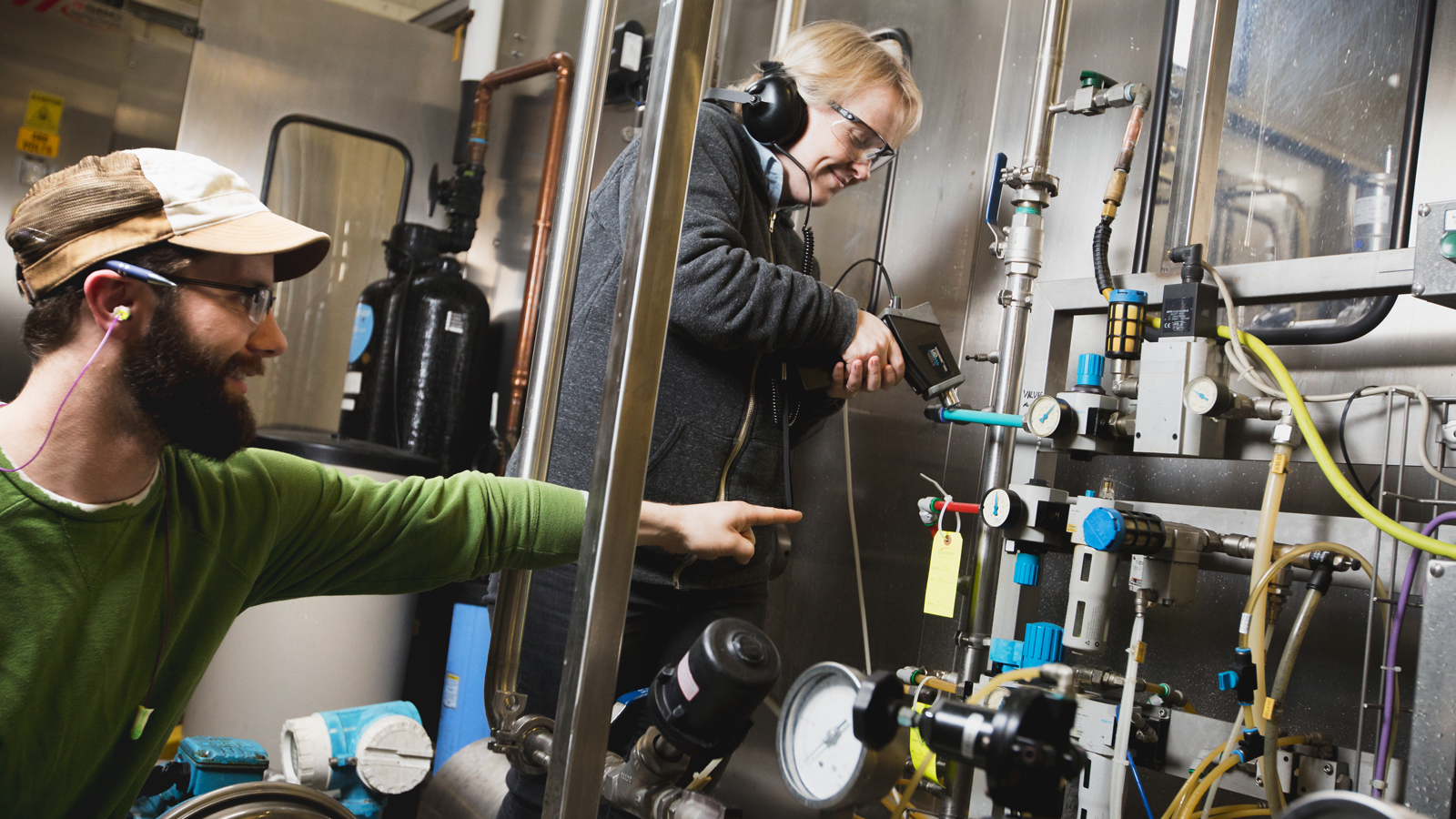 Now imagine that on a much, much larger scale. What we have found is that even when they aren’t running, many production facilities are very much “awake.” Some systems need to run even during the off hours. But others can be turned off or dialed back. The point of the sleeping plant tour is to identify those systems.

To give you a sense of how these teams went about identifying savings opportunities, let’s focus on the lighting team. They were particularly successful during the sleeping plant tour. They noted that many of the more than 380 different lighting fixtures in the brewery stayed on 24 hours a day, seven days a week, even when the plant was completely empty! They calculated that lighting accounts for nearly 40 percent of the brewery’s “baseload,” or the minimum amount of power it uses at any given moment. Our energy consultants recommend that manufacturing facilities strive to make lighting less than 30 percent of their baseload and that even less 20 percent is often achievable with new LED lighting and controls.

Off-shift lighting represented a major opportunity for Magic Hat to save energy. The team found that by establishing protocols for employees to shut lights off at the end of their shift, Magic Hat will save nearly $5,500 a year and eliminate enough greenhouse gas emissions to equal removing five cars from the road. That’s an impressive return on a $0 investment.

Add to that upgrades like new LED lights and motion-sensing switches and the total annual savings from lighting efficiency could be as much as $30,000. That’s enough to pay for the upfront cost of the upgrades within 3.5 years.

All of the breweries who participated in the energy treasure hunt are part of the Green Brewery Cohort, an initiative developed by the Vermont Green Business Program and Efficiency Vermont. The cohort is supporting brewers as they work to reduce their facility’s energy use by five percent by March 2019. Other members of the cohort include Mill River Brewery of St. Albans, 14th Star Brewery of St. Albans, and Whetstone Brewery of Brattleboro. 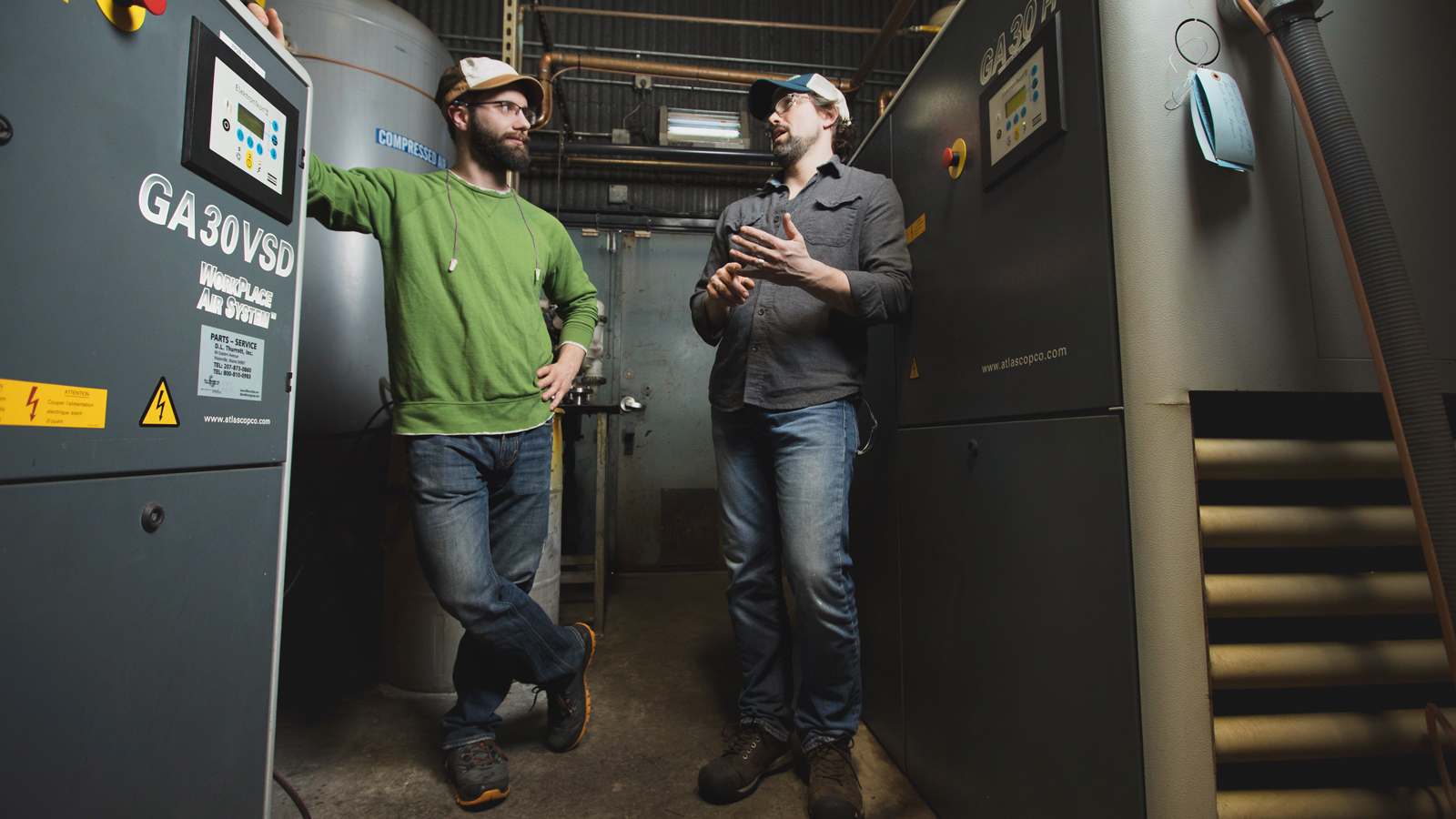 These savings can be replicated at the other Green Brewery Cohort member facilities. I am excited about what these Vermont brewers will accomplish and how valuable their insights will be to the beer business in Vermont Their leadership and commitment to energy efficient brewing sure to catch on across the state.

Many of the improvements discovered at Magic Hat require nothing more than a change of habit, like turning off unnecessary equipment. Many other improvements require an investment that pays for itself in two years through energy costs. Robert Kuntz, who is Magic Hat’s Brewery Manager, summed it up well.

We’re like any other manufacturing facility.  You get process-blind to your own plant environment after a while, and it takes a fresh set of eyes to help you focus in on what could be improved. We place a strong daily emphasis on safety, quality, and productivity, but we really needed to up our game on sustainability.   It’s been showing in our brewery metrics that we had room to improve. We’ve put a lot of focus on water usage and waste generation in the last year, but we needed the extra technical expertise on calculating the wastes in our electrical and steam generation.   Having the other brewers and the consultants on site made all the difference.  To date, we’ve executed roughly a dozen of the 30+ projects we identified, and most of it was just changing behaviors and funding simple maintenance projects.   Perhaps the most powerful part of the session was having my brewing and packaging leads at the presentations because they could see and internalize the scope of what we can improve.  At the end of the day, they are responsible for the rubber hitting the road, and if these changes will be part of the culture – part of ‘how we do things around here.’   I’d recommend the process to any brewery in the state.  You build relationships with the other brewers and collaborate in a way that isn’t about recipes or brewing process.  Together, you give back more to Vermont than just the jobs or the beers – it’s about taking care of the community – down to the water we drink and the air we breathe.

The committed brewers of the Green Brewery Cohort are clearly off to a great start in their efforts to strengthen their bottom lines and reduce their energy use through energy efficiency. I call that good news for our state’s beer lovers and for the innovative businesses they count on for the nation’s finest brews.