COVID-19 Update: To protect the health of our staff and our customers, Efficiency Vermont offices will be closed and we will be suspending in-person walkthroughs until further notice. We know that now, more than ever, you may need support in reducing energy costs. Our staff is working remotely to support your needs and our customer support team is available and ready to help you during this difficult time. Contact us at (888) 921-5990 or info@efficiencyvermont.com.

Beer matters in Vermont. Not only do we have more breweries per capita than any other state, we also consume 25 percent more beer than national average per capita. That’s not surprising, if everyone else’s beer was as good as Vermont’s, they’d drink more of it too.

The brewery industry is also an increasingly important part of Vermont’s economy. According to a study released last year by the Vermont Brewers Association, “Vermont's brewing industry operations and investments, including food sales, other merchandise sales at breweries and brewpubs, and new plant and equipment capital expenditures, generates $199 million in total economic activity and 1,575 jobs in the State.  This figure includes the direct effect of operations and investment of $141 million and 1,138 jobs.”

That’s why from the moment the idea of holding a multi-day event at a Vermont-located brewery first bubbled up at Efficiency Vermont, our team was eager to jump in and get to work. 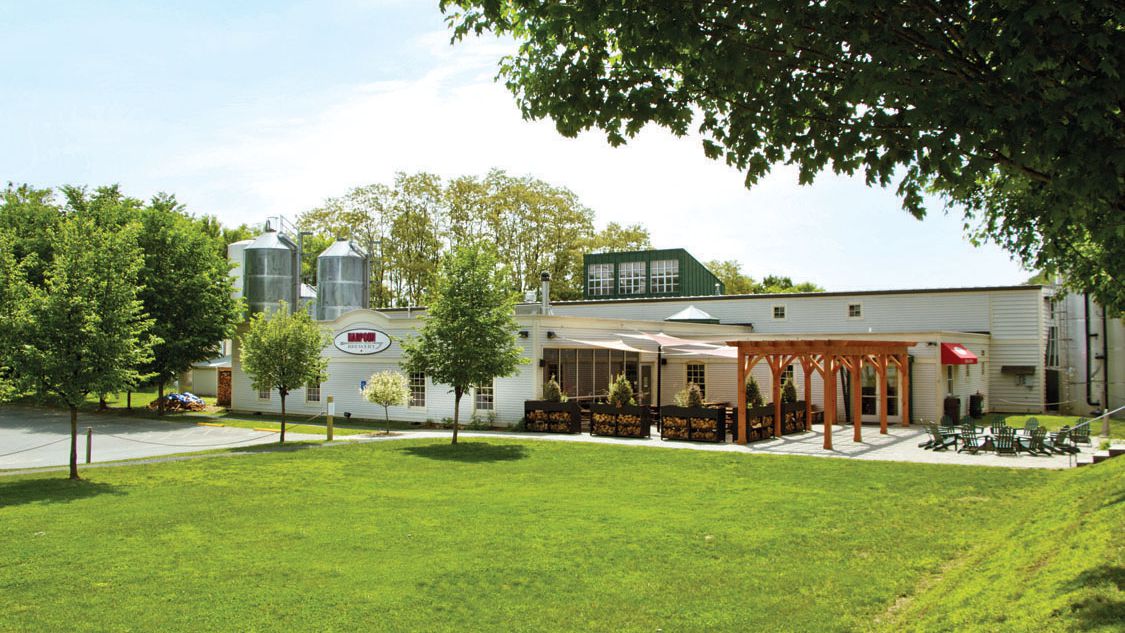 We reached out to Harpoon Brewery in Windsor, Vermont this spring to ask if they’d be willing to host a kaizen event – a facilitated investigation into processes and practices with the goal of uncovering opportunities to reduce energy use that does not add value to the production process.  Efficiency Vermont would convene teams of experts from within the brewing industry as well as engineers and energy consultants to embark upon an “energy savings treasure hunt”.

Harpoon Brewery Head Brewer Scott Shirley agreed to host the event. We weren’t sure how a brewery would feel about opening their doors to competing Vermont breweries, but there’s a real sense of comradery in the brewing industry and a shared interest in building up Vermont’s leadership in the craft beer and hard cider markets.

On an efficiency treasure hunt

Looking for energy savings through a kaizen approach is like searching for buried treasure. You’ve got to do a lot of exploring and digging, but if you stick with it there’s a big payoff waiting.  Often many of the improvement opportunities discovered during a kaizen involve merely optimizing how existing equipment is operated, which doesn’t require much capital outlay to start saving energy.

The treasure hunt started on a Saturday night in May with a sleeping plant tour. When operations had wound down and the last employee had clocked out, our small team of Harpoon brewers and Efficiency Vermont energy experts began. Sleeping plant tours are all about looking closely at what’s going on in a plant when nothing is being produced.

That was just the beginning. The team reconvened the following Monday morning for two more days of treasure hunting, now with a wide-awake plant. The group was expanded to include operational experts from Harpoon, Woodchuck Hard Cider, and Hermit Thrush. After reviewing the findings of the sleeping plant tour, everyone broke into small teams that focused on different areas of the operations such as boilers, chillers, lighting, pumps, motors, and HVAC systems. Now the challenge was to dig even deeper by spotting inefficiencies while the plant was in full production.

At the end of the exercise more than 40 different low-cost actions were identified, Harpoon can pursue to reduce its energy use without sacrificing production quality or quantity. Harpoon could realize operations savings of up to $63,000 per year. The Efficiency Vermont team will continue to work closely with Scott and his team at Harpoon to put together an action plan and create incentives to make a strong business case for investing in energy efficiency.

Thanks to Harpoon’s leadership and willingness to open its doors to its industry peers, Efficiency Vermont can now take what we learned in Windsor during those three days in May and share it with the many breweries around the state. The Vermont brewing industry as a whole will ultimately benefit. We’re working right now to develop a resource, based on what we learned with Harpoon, that will help other breweries and cideries zero in on likely areas where they can save in their own operations. We can also develop incentives and other tools to help encourage them to invest in energy efficiency.

There’s nothing more satisfying for the Efficiency Vermont team than collaborating with our customers to find solutions that work for them, especially when those solutions can be shared with others to help drive an industry and keep Vermonters working. Although a cold brewed-in-Vermont beer on a hot summer night comes pretty close.

Photos were provided by Harpoon Brewery.